I am disappointed by the serious lack of coverage of the terrible floods in Thailand in the mainstream media in the last week. The first of I saw of it on terrestrial television was Thursday. Though I knew about it far before that from online mediums, who expressed the sheer scale of the disaster and the numbers affected.

It’s been over a week where the Thai peninsula has been hit by torrential monsoon weather in the North and this has affected those at the lowest altitude with monstrously heavy rivers, overrun canals and water systems. 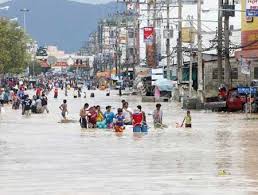 The people displaced already is astronomical.

Now I know that some people might read this and say well, the only reason your posting this is because our owners are Thai, and if they weren’t then you wouldn’t be bothered. There are floods all the time. Well I care just as much about the other floods as I do about this one.

I just think it would be a nice gesture from the fans, to contribute to a cause that will help those who currently are homeless and lives are destroyed. I would think with the wealth of our owners a public gesture wouldn’t go amiss. Sure it’s a cheap way of publishing the club and endearing to people of Thailand to ourselves, but the less cynical might see it as gesture of human kindness.

The floods are actually getting worse, and more heavy rain is expected soon.

I’ve linked several news stories that sum things up and give an idea of what it’s like on the ground. 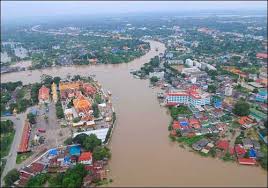 The capital Bangkok is under tremendous stress as the floods creep further and further into the city. A population of 8m under threat and the industrial and commercial nerve centre for the whole country. Thankfully it might be spared the worst.

I’m not very good setting up charitable causes, and I’m sure there are reputable organisation to send money to, probably the Red Cross, but I wanted to make people more aware of what’s happening over there. And conscious of what they might be going through.

As Leicester fan I’d also want to know that we do care what’s going on outside our own doors. Also please share it across the footballing community to see if they have a heart.

If people have links or want to help with finding them, by all means share it on here in the comments section.

(some links are older than others)